His task in writing is simply to write and deliver to his readers what God knows they need, not necessarily what they want to hear.

He started his writing career with short books about life and death after the death of his five-year-old son, Andrew, in “Life in Heaven after My Death by Andrew.” There Marvin shared his life transforming experience from traditional “doing the work of the ministry” into LIFE ministry, as Jesus exampled before us. All Marvin’s books are dedicated to Andrew “Andrecus” Adkins, whose short life God used to transform Andrew’s “Daddy’s” life and ministry forever.

He has continued to write whatever God tells him about whatever topic God places upon his heart. Currently, he has seven total published books, over twenty yet unpublished books, he is in process of publishing. 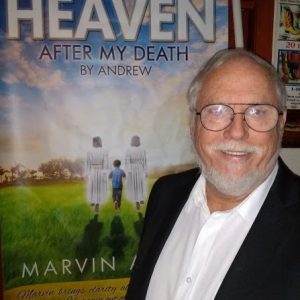 Marvin Lee Adkins, the author of “Life in Heaven After My Death by Andrew” 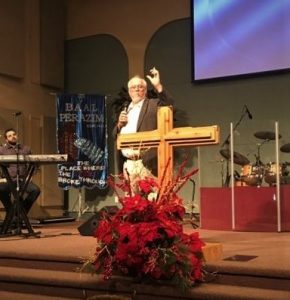 Marvin loves to teach, train, and equip others about the ways and things of God, enabling them to see the manifested presence of God to, in, and through their lives.

Marvin argued with Father God over the writing his first book about politics saying, “God, I don’t write books about politics. I write about LIFE, death, God and Satan, angels and demons, and those sorts of things.” Being unimpressed Father God, asked Marvin, “Are you going to do what I tell you or not?” Marvin now simply writes what Father God says about whatever and lets God handle the rest as Marvin is learning to partner with God in all that he says and does in LIFE ministry today. Needless to say, Marvin wrote, his first book in the political arena, “America, Democracy Teetering on Socialism” which is available at www.MarvinAdkins.com/books in which he spills the bean on Washington dirty politics as usual and the mainstream news media Marxist propaganda machine.

Marvin’s personal history began in Northwest Florida, on August 11, 1953 as an identical twin brother to Alvin Lee Adkins. Together, they both weighed a mere two points on the hospital scales. Unfortunately, Cloteel Sexton Adkins and Thomas Adkins Jr. lost Alvin the proud parents of the twin brothers, lost Alvin soon after his premature birth. But Marvin Lee Adkins, survived to spend much of his life trying to live for two people, he and his host twin Alvin. Finally, God intervened to heal Marvin’s broken heart and helped Marvin to turn loose and let go of Alvin.

Marvin grew up in Port St. Joe, Florida which has fond memories for him. But as a friend once told him, Marvin you have now lived most of your life away from St. Joe, you don’t live here anymore.” This was so true. Yes, Marvin has lived many places over the years, but now he lives on a twenty acre horse farm near Picayune, Mississippi, USA.

Marvin’s education started in the public school system of Gulf County, Florida and continues until this day. His medical career ended when he entered industrial construction in the New Orleans, LA area building oil refineries and working offshore on oil production platforms. He and his young wife, Natalia Velasquez left Louisiana for Texas, where Marvin attended Christ For the Nations Institute in Dallas, Texas. And later Southwestern Assemblies of God College in Waxahachie, Texas. From there, he and his young family pastored for awhile, then he returned to construction work where he was injured in a construction accident that left him disabled.

Having learned to never stay down when knocked down from his high school Florida AA State Championship football days, he keeps getting up, no matter what. Yes, he may have limitations, but as long as he has breath, he chooses to allow God to live through him daily.

Following his accident, he found his marriage of twelve years was soon over. While in Dallas, Texas for medical treatment he met and later married his soul mate, Mimsy, a Mississippi delta debutant. Together they share seven children and thirteen grandchildren. But best of all they serve God together as they learn ever more how to better partner with God and his angels in all that they say and do.

To those that know Marvin best, they know he, like his Jesus can be unorthodox in life and ministry. Yet, they know that Marvin and Mimsy are indeed God’s “real deal” no matter where you see them. Together and separately they love and minister to whoever, where ever God leads them, giving and sharing whatever God directs.

Today Marvin lives with his family on a horse farm in South Mississippi. He loves God, family, writing, traveling, fishing, and history.

Visit Marvin online at www.MarvinAdkins.com for the latest information about his writings, teachings, LIFE Ministry, and speaking engagements.

Find Us On These Sites